A dynamic shading system that responds to user movements, position and adapts to external climate and lighting conditions 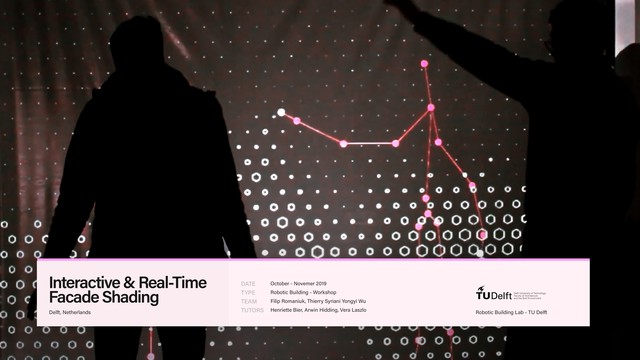 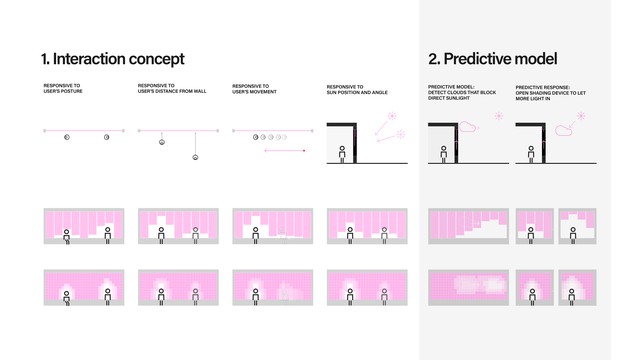 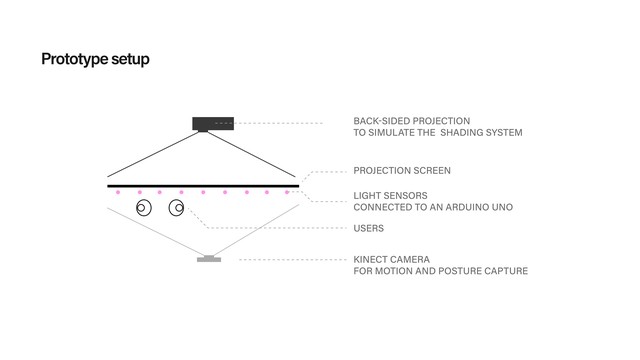 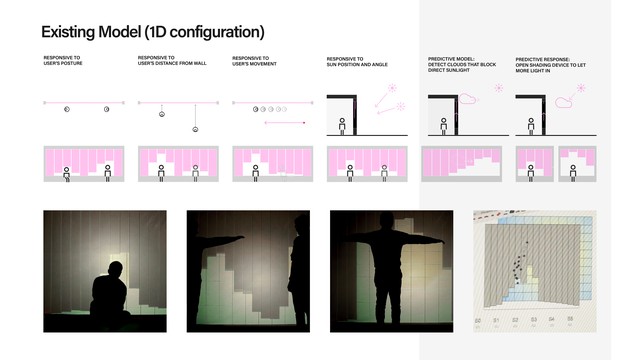 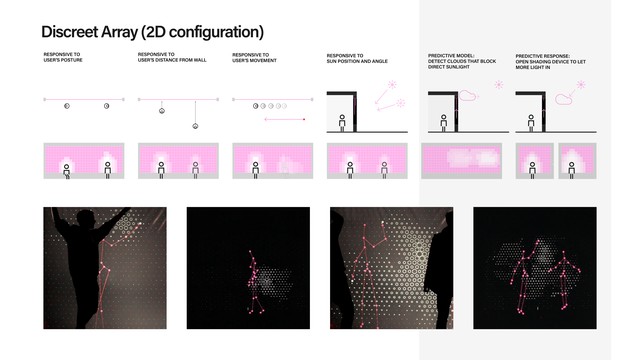 How can to improve the efficiency and aesthetics of the shading system of the TU Delft Architecture Faculty using real-time data?

Our team aimed to improve the current shading system in the Faculty of Architecture at TU Delft. We developed an interactive shading system that responds to user motion, position and real-time climate using real-time tracking and climate information. Different aesthetic options were also proposed using a 1D-array of blinds as well as a more complex 2-dimensional array of opening and closing apertures for a more discreet and dynamic effect.

Technical Concept : First, the system can respond locally based on space occupancy. This takes into account user’s posture or distance to the wall to enhance user comfort while maximizing the system’s efficiency. Secondly, in addition to using weather data to react to the sun’s angle, real-time light sensors were used with a prediction algorithm, the system can accurately adapt to passing clouds. Finally, we explored using a two-dimensional array of “cells” that can open/close to let more light in/out. The prototype was conceived using a series of photo-resistors powered by an Arduino Uno for local ambient light sensing. A Kinect camera and Firefly plugin for Grasshopper were used to capture users’ movements and posture ans translate the data into a position map for the shading system.

Visual Concept : Using a 1D array of blinds, the system can be programmed to achieve different aesthetic effects, and give the system a more human feel to it such as the attenutation of the blinds' opening/closing creating a wave-like effect around the users. Using a 2D array of opening and closing apertures can generate a more discreet result with a more complex aesthetic behaviour. This approach could also further enhance the overall performance of the system while providing a different aesthetic value to the system by varying the shape and size of the apertures.